Every so often we answer all the questions posed at ask.fm/the_stand. That’s what’s happening now:

Sainsbury’s ad just speaks to both my football and IR nerdiness too profoundly for John Lewis to even compete really.

Maybe it could have been longer? They develop two characters, they already bought all the costumes and everything, just tack on a couple hours of gritty WWI action. The true horror of trench warfare with a smiley Sainsbury’s logo on top would be educational, and remind us how good we have it this Christmas.

Which Beyonce song is your anthem?

Honestly, none of them.

Fair question though, every girl seems to have a Beyonce anthem, but I am tragically a heterosexual male. I know Beyonce has somehow been held up as an icon by your average Buzzfeed feminist, but give me Judith Butler any day of the week.

I say “surfboard” in a funny voice to men and women alike when I get drunk though; that’s progress of a sort for gender equality.

why is the new rector a woman?

Because she won the election? I guess sexists didn’t really get out the vote this year.

What do you really think of the saint?

Heaps of respect for the Saint, they take care of the boring bits of student media so we can carve out a dick joke-sized niche for ourselves without feeling guilty.

What are you wearing?

Listen pal, I don’t know what kind of publication you think this is, but you’re not getting an answer that will appeal to your inner Playboy.

That said, just panties and wishing for a big strong man to keep me warm at night 😉 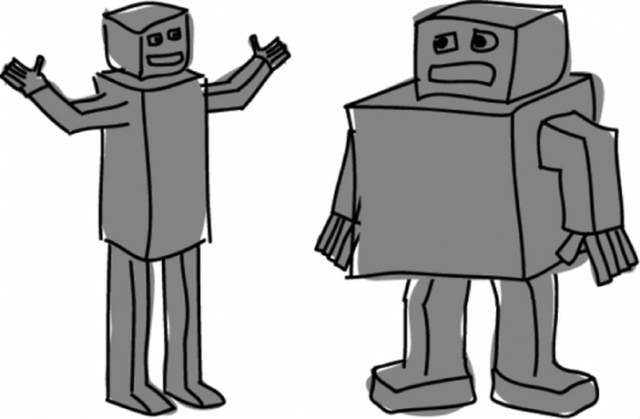 why do I have two exams on the same day?

We’ve long suspected that the universe was targeting our readership (due to their intelligence and good looks) but this is pretty conclusive proof to me.

I’ve heard a rumor that you can contact some figure of authority in order to get your exam moved, but I have no idea who that might be.

Can I please get Carla Jenkin’s phone number?

Carla Jenkin seems to be some author denying climate change, afraid I couldn’t track that number down.

As far as our columnist Carla Jenkins is concerned, ask her yourself?

where is the ASC?

Please send all questions to ask.fm/the_stand, but if you really must know, it’s 79 North Street.

Does St Andrews have an issue with diversity? Especially economic diversity?

where do you publish the answers to these questions since you don’t answer on ask.fm? (Yes, I know how stupid that question is since I probably won’t see the answer)

Why did you not answer my question a few weeks ago?

Why don’t you publish the answers to your questions?

Lol WE PUBLISH EVERYTHING HERE, thestand-online.com

Can I survive on a diet of mentos and ham sandwiches for a week?

I mean, a quick google suggests you can survive for more than a week without any food, but you could do worse than mentos and ham sandwiches for a diet. Something something carbohydrates and protein.

As long as dietary variety is a low enough priority for you that self-harm won’t look more appealing than yet another ham sandwich, full speed ahead.

I didn’t realize there was a situation, but considering how late these answers are I imagine it’s been rectified.

What is the actual name of the north haugh cat?

Can’t say I know the cat, but call it whatever you want. It’s not as if animals’ names are ever written in stone. Or bronze.

Send your suggestions to [email protected] and we’ll publish good ones in the next Letters.

1,903 thoughts on “Letters to the Editor – The Miracle on Thirty North Street”