When were you first scouted for DONT WALK?

I was scouted in first year. I was walking down Market Street – it was actually the day of the freshers fayre! A girl outside Balaka came up to me and said she loved my outfit and style, and asked if she could take a photo of me. As soon as I went into the union for the fayre, FS then scouted me too. I didn’t know anything about either show really, so I tried out for both. The scouting that year was so intense. I got asked to come to the auditions in Tesco, at yoga, on the street! It was insane. Once I’d gotten into both, I received an email with footage and shoots from both shows comparing them. I still couldn’t make a decision so both shows extended their deadlines, so I could have more time to decide.

Why did you choose DONT WALK over FS then?

In the end, it was all about the vibe for me. When I tried out for DW, it was so much fun and it felt really personal. Everyone knew my name and we were all laughing together. I felt comfortable and in my element. FS was a lot more serious and I was sort of intimidated. It just wasn’t for me! I thought I’d do DW for my first year then maybe give FS a try for the next three, but I fell in love with the brand and stayed with DW for all four years.

What positions have you held within DW?

I modelled in my first, second and fourth year. I was also Head of Choreography for my second, third and final year.

How has DW changed over the last four years?

In first year, the director was really trying to change the image of the show. At the time it was really known for being provocative, with a sort of “sex and drugs” feel. They wanted to have it recognised for its professionalism and in that vein, they really transformed the DW image. Over the next two years, I tried to maintain this aesthetic; for example, by making the lingerie choreography less explicit, in line with the creative director’s choice to make the outfits more angelic and ethereal. In my third year, we went even further and promoted the empowerment of women. With that being said, I have always incorporated the male models more and more each year. This year was really about focusing on keeping the professionalism we’ve built up in the last two years and combining it with the edge of my first year – sort of like the old meets the new.

Do you think there ever was a serious rivalry between FS and DW?

I don’t think there’s a rivalry at all now. Maybe that’s just me being naïve, but I’ve never felt the rivalry – not even in first year. I have so many friends in both shows too, so that probably changes the way I see things. The only time I can ever think of a “rivalry” was during scouting in my first year. I feel like some years DW gets a really great group of models and some years FS does; in the end, it really all depends on the choices the new freshers make! 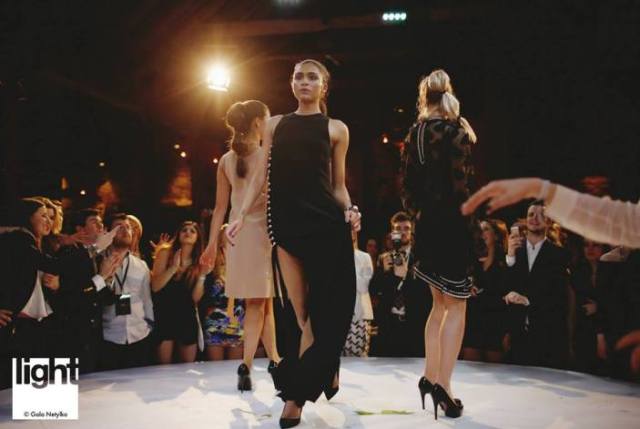 How are they different?

Well, FS is definitely the larger show. Kinkell, after all, has a space capacity; but because of that, DW feels more intimate. We would never have DW in a marquee. It would just feel like we were selling out and trying to be something we’re not. It’s not the image or atmosphere we go for. DW is a performance, it’s almost like modelling and acting combined.

What has been your favorite DW moment?

I can’t give you one favourite moment. Among them are being discovered (without which none of this would have happened), dancing in Ma Bells every Tuesday after rehearsal in first year, the dinners with the committee, late nights with the creative directors… I just can’t single out one specific moment. The whole experience has been a series of great moments threaded together.

What was your worst or most embarrassing moment?

In first year, I started crying before the show started. I refused to go on, I just couldn’t do it. Hearing the audience chanting made me so nervous. A few committee members found me and convinced me it would all be OK. Once I was out on stage, all of my fear went away and I started enjoying myself.

What’s it like being backstage as Head of Choreography and being on stage as a model?

No matter what, I always have butterflies before each opening. As the Head of Choreography, it’s the moment before I see my work come to life—so I am usually shouting reminders backstage as everyone is getting dressed and touched-up. As a model, it’s trying to remember all of the choreography myself! Throughout the show, we’re always dancing backstage before we go on and having a blast.

Walk us through this year’s show.

At the start of the show, the opening is always a performance. We’re like actors so we have to be serious for the first few walks. But then we’re allowed to loosen up. That’s my favourite part. You’ve been hearing all of your friends scream your name and then you’re finally allowed to look at them and smile back. This year, as in the past, our Creative Director designed all the opening outfits and tailored them to our different looks and personalities. The first half was heavily artistic and dark in accordance with the theme; the second half in comparison is much more fun, light-hearted and entertaining with everyone starting out in underwear. By that time, all of your nerves are gone and you’re just enjoying it! 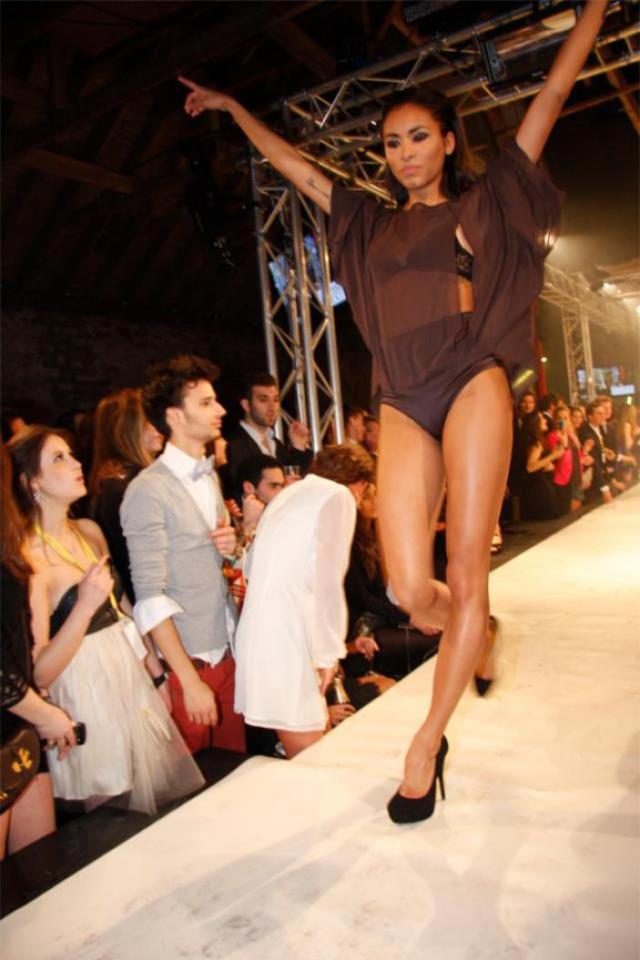 Who have been some of your favorite designers over the years?

I love the denim looks from Siev this year. I also loved Gabriella Piccolo’s colourful outfits. Normally DW goes for neutral-toned fashion so it was great to see so much colour on the girls! I also adored the guys in Xiala Su.

Does DW ever have a specific theme, or is it more a concept that is developed?

DW never really has a theme; it’s more of a concept. This year we definitely attempted to be explicit with the concept, including it in the undertones of our videos, photo shoots and promotional material. This year it was surrealism, and I think it came across incredibly in the videos we released in the run up to the show and in the model introductory shoot. Even during the show, I really tried to include surrealist undertones – like when the boys, dressed up as nurses, unveiled three girls lying on imaginary operating tables in lingerie.

What was it like to see it all come to an end?

I loved being able to model this year; last year I didn’t model so that we could have some new talent join the DW family. So, I’m really happy I could model for my final year. I was thinking of how much hard work goes into this production year-in and year-out—by all of these incredible people. My last walk felt like a dream. I had to pinch myself. There I am, after four years in DW, walking down the runway in Lanvin of all designers! The DJ actually played the song I auditioned to in my first year at auditions for the final walk and bow (Cry, Bingo Players). It was like I was coming full circle, and in that moment I just felt unbelievably proud to be part of DW!

Tags: Catherine Hampton, Dont Walk, in the life of a model

125 thoughts on “In the Life of a Model: Shari Sharpe”