Ten year veterans of the a cappella industry, The Hummingbirds braved the Fringe for the first time with their debut performance of “Love Is Not Our Forte,” an event billed as a romp through the romantic trials of the group’s members. Equal parts concert and skit, the show succeeded based on the personalities of the performers, who superbly channeled the offbeat vibe of the festival despite their novice status.

Held in the intimate studio of Venue 38, the concert resembled a private sound session: Although the room was full, the cosy atmosphere cultivated by the close quarters and the mood lighting heightened the personable aura that the girls sought to establish. Rather than being outsiders looking in, the audience felt privy to the group’s tribulations as they bantered amongst themselves in between songs. 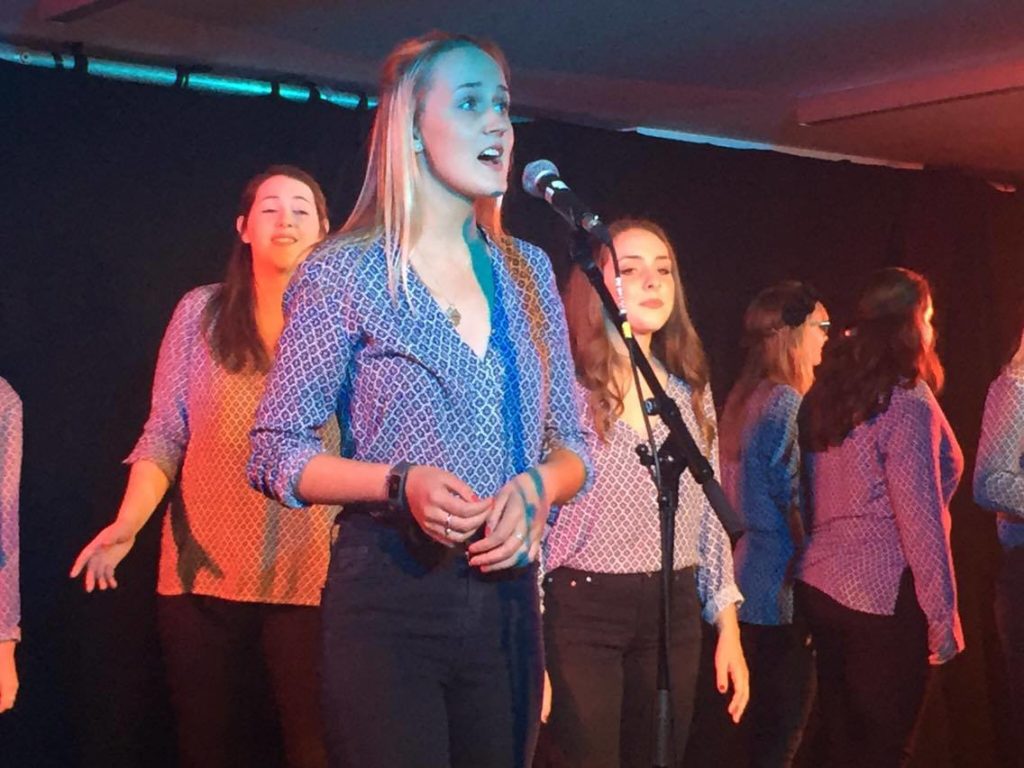 The group did not fail to remind us of their prior Best Choreography win. Each song was accompanied by expertly timed gesticulations and twists to rival the finest moves in a cappella. A particularly standout piece was “Send My Love to Your New Lover”, an Adele arrangement that improved upon the original solely due to the zeal with which it was performed. Ellie Goulding, alt-J and Bruce Springsteen also featured in the eclectic lineup. Each song was arranged as a friendly nod to the originals, preserving their spirit while simultaneously recreating them in The Hummingbirds’ image.

The set provided a sense of catharsis to the audience. Rather than simply going through a generic lineup of love-themed tunes, the group followed a storyline that permitted the performance to gradually build upon itself. When the concert culminated with the classic “Sisters Are Doin’ It for Themselves”, we shared in the girls’ feminist triumph, applauding not just their musical talent but also their journey from lovelorn to self-love.

Fledglings compared to Fringe regulars like The Other Guys or Out Of The Blue, The Hummingbirds managed to hold their own in comparison to their a cappella contemporaries. They presented a distinct, deliberate image that forged a connection between themselves and the audience. By placing a spotlight on every member and emphasising personality as much as song, the group carved out a niche for themselves in the Fringe calendar. Their concert was a delight to watch, and we can certainly hope to see them return to Edinburgh for many years to come.

Tickets can still be purchased for “Love Is Not Our Forte.”

581 thoughts on “The Hummingbirds: Love at First Sight at Fringe 2016”